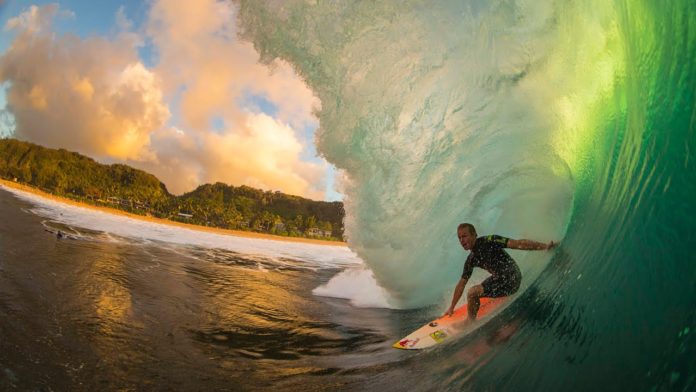 The Banzai Pipeline has been a matter of utter fascination in the surf community. Its bigger-than-life-experience catches the attention of pros all over the world. Legends such as Kelly Slater have famously surfed the barrels at the Pipeline.

It has been in the spotlight from the beginning. Magazines have covered it extensively, the very best have come to surf it, and photographers all over the world have photographed it. Its unpredictable nature still crowns it one of the most dangerous waves in the world as it sends surfers to be eaten alive by a carnivorous reef.

Pros know the danger of the pipeline which has taken the lives of surfers and photographers. They have described it as chaotic, and talk extensively of its dangers. The pipeline has become an important destination for professional surfers who know push themselves to catch a wave at this famous spot.

Its common knowledge that if you can’t make it in Hawaii, you won’t make it as a surfer. Watch this thrilling video where numerous pros speak on their experience with the wave. This video was produced by Red Bull.

Snow Surfing In a Speedo

Andrew Cotton – This and Nothing Else

How to survive deadly waves by Red Bull Cape Fear 2014